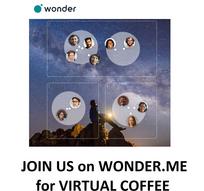 We are pleased to announce that the following researchers will deliver their keynotes during MAG2021:
​
●      Prof. John Flowerdew (Lancaster University, United Kingdom)

John Flowerdew is a Visiting Chair at the University of Lancaster and a Visiting Research Fellow at Birkbeck, University of London. He was previously a Professor at City University of Hong Kong. His research is in the fields of Applied Linguistics and Discourse Analysis. His books include Academic Listening: Research Perspectives (Cambridge); Research Perspectives on English for Academic Purposes (with M. Peacock) (Cambridge); Academic Discourse (Longman); Discourse in English Language Education (Routledge); Signalling Nouns in Discourse: A Corpus-Based Discourse Approach (with R.W. Forest) (Cambridge); Discourse in context (Bloomsbury); The Routledge Handbook of Critical Discourse Studies (with J. Richardson); and Discipline-Specific Writing: Theory into Practice (with T. Costley) (Routledge).

​Rosa Lorés (MPhil in Translation, PhD in English Studies) is a senior lecturer in the Department of English and German Studies at the Universidad de Zaragoza (Spain). She has conducted research on discursive and metadiscursive features in written academic genres and specialized discourse from the standpoint of intercultural rhetoric and English as a Lingua Franca, as well as on pragmatic approaches applied to translation. Her more recent research interests focus on the study of digital discourse and digital practices within international scholarly and scientific communities. She has co-edited several books on academic discourse and on pragmatics applied to translation and has published over 60 research papers in various national and international specialized journals, such as English for Specific Purposes, Multilingua, Text and Talk, Languages in Contrast, Journal of English as a Lingua Franca and Discourse, Context and Media, among others. She is the coordinator of the research group InterGedi, based at the Universidad de Zaragoza, and principal investigator of the national project “Visibility and dissemination of scientific research: A linguistic, rhetorical and pragmatic study of digital genres in English as an international language”.  She is also the coordinator of the research group CIRES (Intercultural communication and societal challenges), funded by the Gobierno de Aragón.

​Paul Thompson is deputy director of the Centre for Corpus Research, and, from August 2020, a Reader in Applied Corpus Linguistics at the University of Birmingham, UK. He was a Co-Editor-in-Chief of the Journal of English for Academic Purposes, 2009-2018, and recently founded a new journal, Applied Corpus Linguistics, with Eric Friginal. Paul has been active in corpus development, training and research since the late nineties, and has worked on a number of projects that explore academic discourses. He is interested in the potential for using corpus evidence in learning about language, and has supervised several doctoral projects on uses of metadiscourse in academic writing. From 2013 to 2015 he led an ESRC-funded project on ‘Investigating Interdisciplinary Research Discourse’ and he co-authored with Susan Hunston ‘Interdisciplinary Research Discourse: Corpus investigations into environment journals’ (published in 2019 by Elsevier). 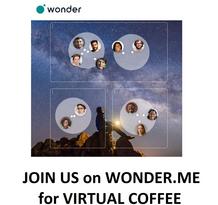